Problem with My 2004 Chevy Malibu classic 2.2L. My girlfriends car just started acting funny last week. It died on her a couple times, then would take several tries to get it start up. Eventually we couldn't get it to start at all. So I verified it had spark. Then checked the fuel pressure. None at all. The relay was buzzing, but couldn't hear the pump. I checked all the fuses etc. So I decided to replace the pump and filter. After that it started up and ran. Girlfriend went to the store and it took several tries to restart it.

When she got home it wouldn't restart again! So I had her cycle the key while I checked the fuel pressure again. It had no pressure, then after several key cycles, bam full pressure. I also should add that the theft light is blinking, and the door locks occasionally lock and unlock by them selves. Which is something new.I really appreciate any advice you can give.

Read More Below Or See These Related Articles:

First remove the radio faceplate and radio, now you can remove ignition switch lock cylinder (1). Small screwdriver in cylinder access hole with key in the ON position to depress on release button. 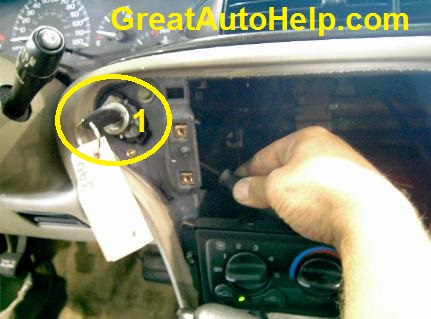 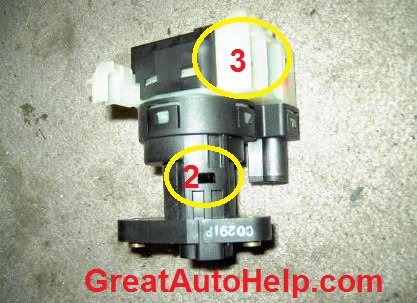 4- Passlock Ignition lock cylinder removed. Install new cylinder. Try to start- it wont or dies. Leave key on for 10-12 minutes, or until light goes out. Then turn off key for 10 seconds. Turn key to 'on' position for 5 seconds, then turn to start. 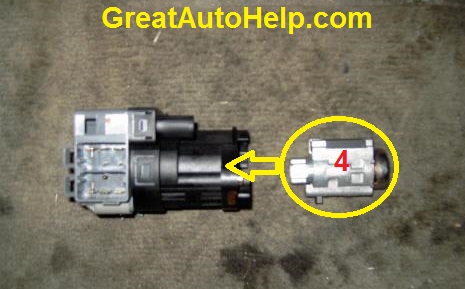 I have a 2004 Chevy Classic that started having issues with the anti-theft light in April 2010. It went on about 5 months and finally got to the point of me sitting in my car waiting 10 minutes EVERY time I put the key in the ignition to start it.I got frustrated and let a place put a remote start in. It solved all my problems... For four months. Now when I start my car, as soon as i put my foot on the brake the damn thing cuts off but still has power. Whenever it happens, if I try to use the key to start it the car won't even crank. Last night it even shut down while I was driving on a busy street w my 3 kids in the car (luckily I was approaching a stoplight and wasn't on the highway). It had been on with no issues for over 15 min. I am a single mother and I'm terrified to drive the only car I have. Do you have any ideas as to how I should proceed? I know now that the autostart wasn't the cure, and it seems like the ignition needs to be replaced all together.
It does sound like possibly ignition switch problem. Not the theft portion, which is in the key cylinder(Passlock Sensor), but the switch.

I bought my 1999 Chevy Malibu from Car Max and immediately started having problems with it not starting (anti-theft light blinking) so they replaced the key thinking this was the problem. Worked for about a month, then started happening again. They could not find anything wrong with it when they put it on their machine. Fast forward and now my car is no longer carried under warranty and to fix it would have cost over $800. As far as I'm concerned they should still cover this problem. Is this a RECALL problem on Chevy Malibu? I had a friend replace the sensor and that worked for while, but now it's doing the same thing which makes me think it is a recall problem!!!!
No, not a recall. Read all the above post and all the thousands of other articles on this subject all over the web.

My car had problems starting then he disconnected th battery. The problem is that his car starts but the security light is still on and he has no radio or air conditioning. He car runs great except for the security problem. Any suggestions?
I think you have a couple different problems going on there. The security light problem can be caused by a bad ignition cylinder, which includes the passlock sensor. The body control module controls the theft functions through the ignition, and it could be faulty as well. Either of these, if replaced would need to be programmed by a dealership. The radio could be inoperative due to a blown fuse, or by disconnecting the battery you could have activated the theft system on the radio which would need be to reset. You can find more information about radio codes on our website. The air not working, could be a bad control head, or even a blown fuse for that.

The advice about the Theft Light was very helpful. At exactly 10 minutes, my light shut off; then I was able to restart my car.
This is a defective component issue with the GM cars in question. GM knows it and doesn't care. Every time it happens, count on spending $500 to $600.

Thank you so much! The theft light was on and I couldn't start my car! But I did what you said and it worked!!! 2004 Chevy Malibu!

My 1999 malibu has an after market anti theft thingamabob and it has a tiny switch that some how decided to get switched off so thank you people for all your cool posts!

When i put my key in the ignition it won't turn, i tired everything and nothing has been working. i turned it on for a while yesterday so it doesn't freeze up and turned it off like normal than i went to go turn it back on an hour later and the key won't turn at all!